I get attached to some of the computers I own. I bought my first computer in 1986 - an Atari 520 ST. It was a marvel, but primitive when compared to today's PC's. I helped my Nephew Jason and my Nieces Chantal and Michelle by getting them Atari ST computers in the early 1990`s. I sold my Atari many years ago. But, about seven years ago, I bought someone else’s entire Atari 520 ST collection on ebay for $200 and I still have this.


In 2007, I bought a brand new HP DV9000 Laptop. By far, the best PC I’ve ever owned. It did everything I wanted, just the way I wanted. But this laptop went kaput two years ago – a defective motherboard. There was a re-call, but I missed this.

A month ago, I bought another DV9000 on Craigslist with a cracked case – still in working condition for $100 - it had the motherboard factory repaired – I gave everything to Techmeister James Charlton. He took all the guts out of this laptop and installed everything into my original laptop, which is still in mint condition.

James also installed a SSD (replacing the original hard drive) for me. 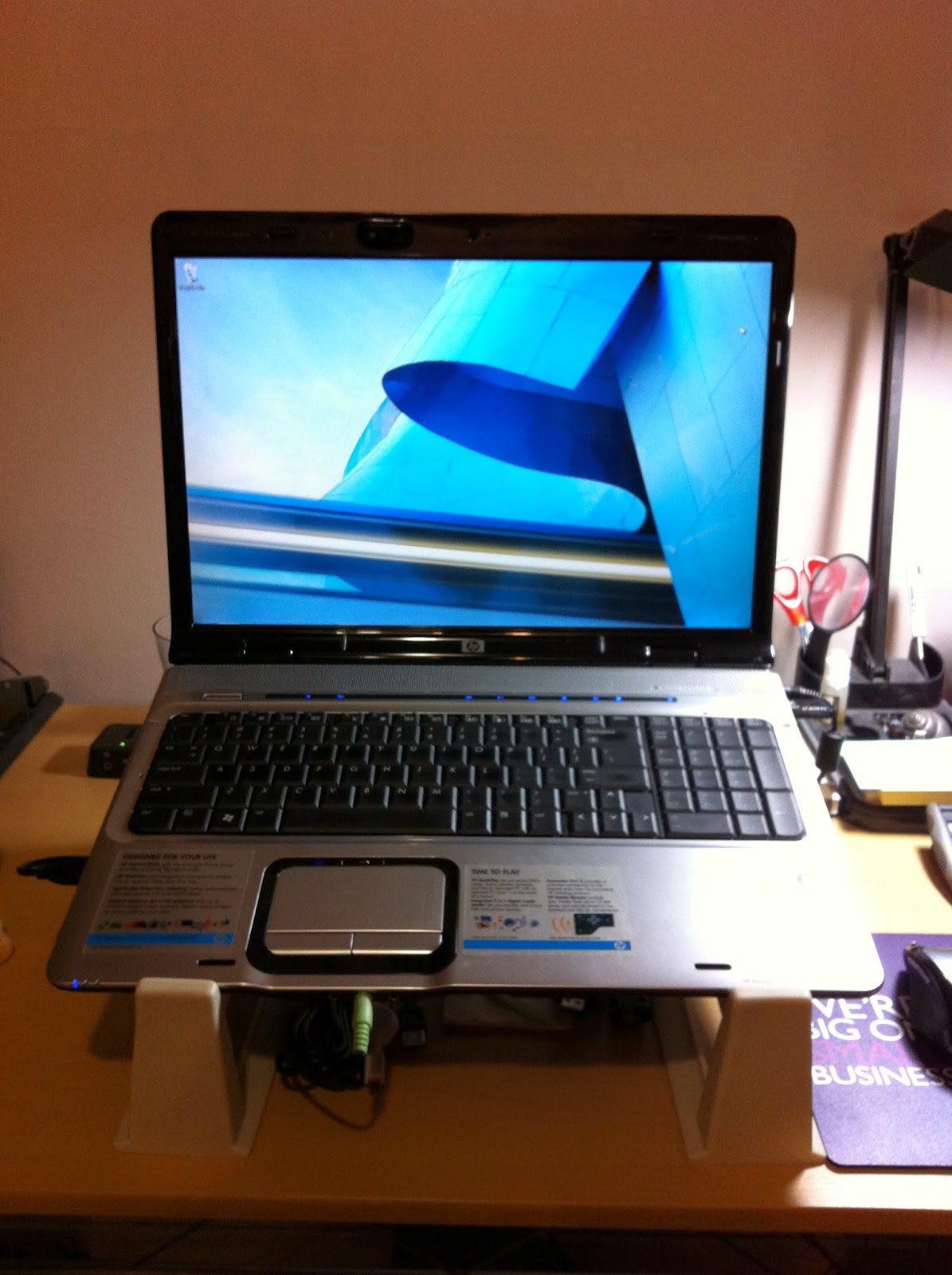 I’ve spent two day installing Windows 7, all my programs, my iTunes, my photos and doing updates. It does everything I want, just the way I want, more quickly than ever. I’m happy – sentiment fulfilled. (Thanks James!)
Posted by Dale K. Poulin at 4:33 PM

Dale K. Poulin
We are Angela, Bobby, Catherine and Dale Poulin. Hello Everyone! We live in Surrey, British Columbia - Canada's most western Province and a beautiful part of our World.